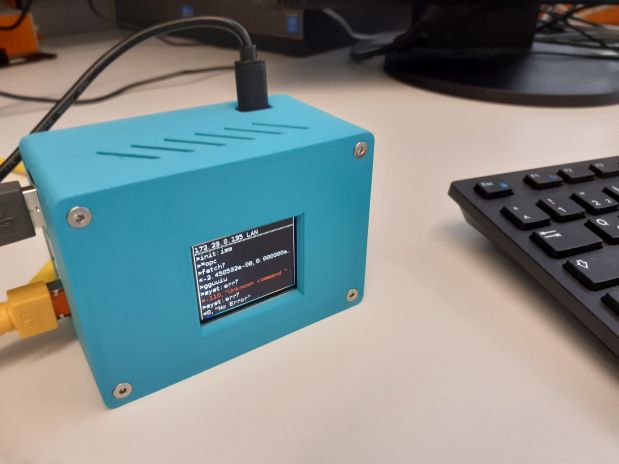 RemoSens provides a tiny display for easily observing its activity. After Power ON the display shows the IP address of the device, which has been obtained either dynamically by a DHCP server on the network, or statically assigned by the administrator. The display either shows the address of the wired LAN connection or the WLAN address, if the LAN cable is disconnected and a WiFi connection has been established. Displaying the IP address makes it easy for the user to assemble the required VISA resource string, which is required for opening the device from an application program.

For example, with the IP address shown above, you would use a VISA resource string of
TCPIP::192.168.2.73::HISLIP
in your viOpen() command on the controlling PC.

Sending *IDN? will return the corresponding identification of the connected NRP-Zxx power sensor.

A measurement result is acquired by an INIT:IMM and a subsequent FETCH? command

Other commands are sent as documented in the power sensor operating manual. Changing the average count, for example

For more details, see the user manual and the programming examples